Overview:
Elemental powers in the palm of her hand…

…and it won't be enough to save her. When Kaitlyn Alder is involuntarily introduced to a life of magic, she becomes part of an organization hell-bent on saving the Earth. Follow the saga as one of the most terrifying men the human race has to offer stands between Kaitlyn and Earth's survival. This is the boxed set of all four books in The Akasha Series; Water, Air, Fire and Earth 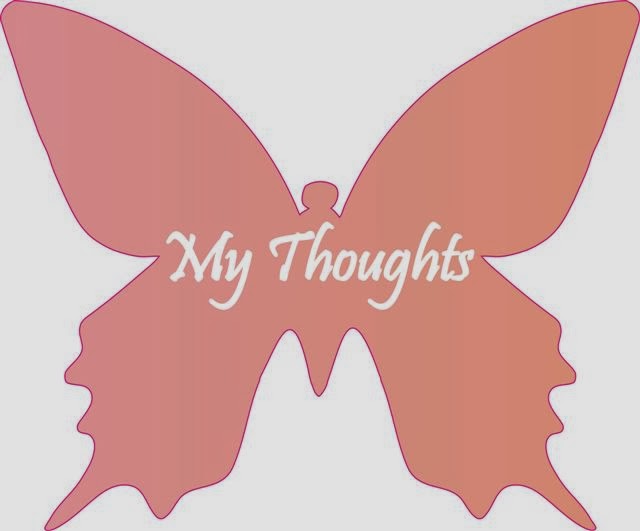 Initially I found Emily's narration to be a bit staccato getting in to the book. She didn't really draw me into the characters until about halfway through the first book where her pace evened out. I found that I enjoyed her voice when she acts out the other characters like Micah, Shawn and Cato more than when she is the main character Kaitlyn. By book two I settled into her narration style a little bit better and she became the characters more fully. Her transitions were fluid which helped the flow of the story.
Water (book 1):
First I read this book then I listening to it on audio. The book has a nice pace and a decent plot to keep you hooked. Opening with a snow avalanche and ski-boarding is a great opening scene.


Kaitlyn - I loved Kaitlyn's intensity, her constant need to be in control and to figure out the next step, as well as her survival instincts. As strong as she is, her quick dependency habits put me off a bit, but her feisty quick-witted repartee kept me rooting for her, even when her hot-headedness had me asking why?
Shawn - I truly did not like Shawn - he had me cringing, and with every action he took my dislike increased. Even though I tried to understand his pain, his arrogance obliterated all empathy I felt. Even though I don't like him - he makes a great villain.
Micah - Micah, Micah, Micah... what a complicated person. Just when you think he is everything Kaitlyn needs, he crosses a line and has Kaitlyn all confused. From the readers perspective, I could see Micah's struggle between training Kaitlyn and wanting to give in to her every need. One of my favourite characters - tied with Alex!


Alex - The first time I read this book Alex seemed in the background of the story. Listening to the Audio, he definitely made a greater impression the second time round. In the series he is an ordinary mundane character but just as important as the rest of the character who have elemental powers. Without Alex the team would surely fall apart. He is a great friend to Kaitlyn after Micah crosses some line, and he is always honest. Alex is definitely a favourite character of mine - tied with Micah.


Susan - Initially I didn't notice Susan too much. The second time round I really like Susan and appreaciated her as a character. She has a great sense of humor and becomes a greater friend to Kaitlyn near the end of the book.
Plot, Pace, Writing style: 3/5
Terra has a nice writing style and I think she will grow as a writer in the next few books that follow on in the series. She can create build-up and intensity on a good level. The book did not keep me utterly absorbed, and I found the book a bit short - it left me unsure as to whether I was going to continue reading the series, but I have to say that the cliff hanger ending plus the sneak peak had me going 'oh my gosh, what happens next?' Definitely a reasonable read.
Water Rating:

Air (book 2):
I really enjoyed the opening scene of this book. It had some humor and was quite intense at the same time.


Kaitlyn - I found it a bit frustrating in the beginning the way she was keeping her secret from everyone except Susan and any other water user for that matter. I understand she is doing it because she is traumatised by pain shared is pain halved. I don't always agree with some of the decisions that she made and at time she is a bit reckless - considering her condition. Especially the ending! With the risk of sounding cryptic and not wanting to give away a spoiler.. How did she not figure out what was happening when it happened at the end... Even I figured it out!
Shawn - Shawn plays a bit more of a background role this story but does make the occasional appearances. His presence is strong and does drive the story from his position.
Micah - I really felt for Micah the way Kaitlyn keeps pushing him away and treats. He is strong and loves Kaitlyn way more than she realises. I loved his gestures throughout the book.


Alex - Alex remains my favourite character in this story. I love him to bits. He loves Kaitlyn like a sister and I enjoy their quirkiness together. "Buddah Belly" had me laughing every time!


Susan - I'm really glad Kaitlyn has Susan as a friend and almost like a sister. She is sweet and really is the best friend Kaitlyn could have.
Plot, Pace: 3.5/5
The plot is great and the pace is moderate. Terra brought in some twists and turns that I didn't see coming and I really enjoyed her development in this story. I was totally shocked at the ending and cannot believe some of the things that went down. Cato. Kaitlyn. I cannot tell you more without spoilers.

Fire (book 3):
Fire picks up where Air ended. Alliances have shifted and everything has changed. Kaitlyn is on the run and Micah & Alex need to work with Shawn to find her.
I think at this point this is my favourite book. I loved it when the story moved to Easter Island and the good events that took place there.
Characters: 4/5
Terra really developed the characters so beautifully in Fire. Each character grew and changed as they needed to and I really connected with each of them on a different level.
Kaitlyn - I cannot say I agree with her decisions but I do understand why she did what she did to end up where she was when the book began. Bee has really changed her and she had to grow up really fast. This is the book that really made me love Kaitlyn and appreciate her as a character. She has grown as a person and really developed into someone worthy of being a Gaia. I am so happy she came to her senses when it comes to somethings.
Shawn - I don't think I'll ever like him. Even in his 'tender' moments (if you can even really call them that) I couldn't feel sorry for him. He does drive the story well and really brings out the villain in the story. I have nothing nice to say about him. It was so annoying how he was just one step ahead of everyone all the time.
Micah - I feel so bad for him in the beginning. He is such a beautiful character and I wanted to smack Kaitlyn for what she puts him through. Just when I think he cannot be a better person he surprises me! All I want for him and Kaitlyn is a HEA. I was so confused about why Micah wasn't where he was supposed to be for the last 3rd of the book.
Alex - Alex is still my favourite character and I love him more and more as the story continues. He is just so great that I don't even know how to explain it to you. He is one of those characters that crawl into your heart and just stay there.
Susan - Susan has really stepped up and become a beautiful person. She is strong, responsible and so loving. I was so happy with the role she had to take in this book and so proud of the changes she brought about.
Ahi - Oh Ahi! I loved her on Easter Island. I was so sad to see how Shawn manipulates her. She is one of the minor characters in the story that I really enjoyed having around.
Plot, Pace: 4/5
The plot was awesome. Terra really kicks it up a level and takes you on a rollercoaster ride. The pace varies but you are still drawn in at every level. Fire had a weird ending - it was a sort of hanging in the air - not a cliffhanger but it was such a nowhere type ending.
Fire Rating:

Earth (book 4):
Earth kicks off a few months from where Fire ended. The world has suffered and bloomed after daybreak in so many different ways. All these characters have snuggled into my heart and I was sooooo sad to let them go!
Characters: 5/5
Wow! In Earth each character is really stretched to their limits. It just goes to show that the lines are so blurred between black and white if you believe you are doing the right thing.
Kaitlyn - Kaitlyn is such a badass! I love how she grows, evolves and does what needs to be done. My heart aches for her and I felt her pain. In Earth you see the true beauty of Kaitlyn's character and why she is the chosen Gaia.
Micah - Micah is too beautiful for words. The way he loves Kaitlyn is timeless. I don't know how to write about his character without giving too much away. For the first part of the book he is still MIA, but when he comes back into the story my heart fluttered and swooned!
Shawn - I love to hate him. Even though his plan's get revealed and why he is doing what he is doing... All I can say is the road to hell is paved with good intentions and he is a good example of this!
Alex - Alex is still my favourite character! He remains one of the truest friends to Kaitlyn and I am so happy that there is some romance in the air for him!!
Bee - Bee is some tough competition for favourite character.. but she is so awesome she just gets her own category!
Plot, Pace: 5/5
Earth is exciting and interesting.  The plot is brilliant with twists and turns you don't see coming. Terra paces everything perfectly.
Rating:

Final thoughts:
This was a great adventure and one that I will gladly listen to again!